"Culture is one of the two or three most complicated words in the English language." -Raymond Williams

"Rhetoric is the art, practice, and study of human communication." -Andrea Lunsford 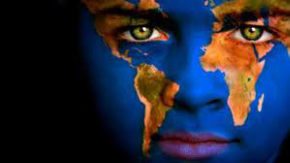 While there is no one agreed upon definition for culture, there are some we think are better than others.

Culture "is a system of beliefs, values, and assumptions about life that guide behavior and are shared by a group of people. It includes customs, language, and material artifacts. These are transmitted from generation to generation, rarely with explicit instruction." -- Peace Corps
Regardless of which medium it is accomplished through, people rely on discourse to communicate, promote social change, establish identities for themselves, and eventually to actualize a shared sense of community. Fifty years ago, writing was something we did with a pen and paper or a typewriter, which often fell on deaf ears; but then the internet came and opened up communication world-wide. In our current, fast-paced, inter-connected technological era, public discourse has the potential to be viewed by an audience much greater than it used to be. If we are living in a time when discourse can make it all the way around the globe, the importance of understanding and being able to utilize cultural rhetoric is critical. 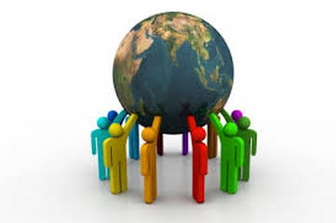 Thomas Rosteck, Ph.D. and editor of At The Intersection: Cultural Studies and Rhetorical Studies discussed how both, cultural and rhetorical studies, draw paralleled questions in their fields of study, and suggests that a comparative analysis of the two will serve to provide us with a more complete understanding of society, while also reinforcing each. Rosteck wrote,"Rhetorical studies offers a mode of analysis for thinking about how texts are produced (intent), what they are (textuality), and what they do (consumption/effects). A more proper 'rhetorical cultural studies' recognizes that the perspectives of rhetoric define an approach that holds in suspension text and producer, text and reader, text and society" (Rosteck 22). Cultural studies contribute a more complete and fully realized model of how discourse is a result of broader social formations to rhetorical studies. Rosteck believes that the ideal relationship between the two is one of mutal critique and transformation.

Practicing the art of rhetoric in one's own community or to an audience which uses similar communication practices as the rhetor is one thing. Each culture, however, has its own method of communication. For example, how an American tells a story is going to differ immensely from how a Latino might tell the very same story. This can be observed through a variety of subcultures and how they put rhetoric into practice in their everyday lives in each of the websites we have linked to this site. Aristotle's invented ethos is just one example of a practical tool for cross-cultural communication. According to Crowley and Hawhee, rhetoricians who use invented ethos construct a character for themselves within their discourse. It is often the case that the rhetorician will not know the members of his or her audience, thus they cannot use whatever situated ethos they enjoy using among those who know them as a means of ethical proof, and so they must rely on invented ethos (Crowley and Hawhee 151) .
Powered by